Castle Hill, day 2 of my trip

An introduction: Anyone can google information on well known Castles, but it is far harder to get a feel for the layout. I want to show you what I saw on my visits to historic sites and explain a little of the history as I go. Thus the blog is image intense. Please enjoy.

Original structures remaining: Piast Tower (built in the 13th and 14th century), fragments of the keep, flanking tower, and defensive walls. Base of the rotunda. Also, a part of the road.


The town of Cieszyn is named after a legend (which I won't elaborate on here and can easily be googled). The oldest part of the town to be settled is Castle Hill, which was clearly a strategic site. The hill was fortified on the turn of the 10th and 11th century and more structures were added or improved over time. Traces of colonization date from the 5th century B.C.

On my visit, I passed the rebuilt palace and lower castle, climbing the hill to the upper castle. 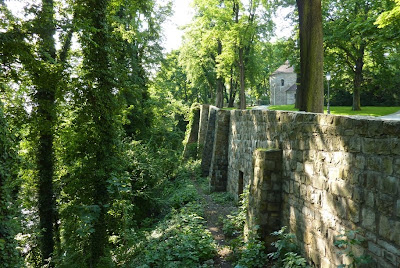 This is the south wall, and you can see the Rotunda in the distance. Btw, I'm not below the wall or climbing stairs or anything. I'm downhill and at a corner where the wall zigzags, leaning on the wall to get this shot.

And of course, it would be useful to have a map, no? Well, please stay with me for the technical part of the tour: 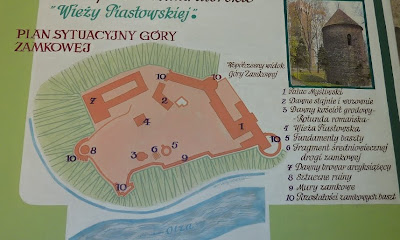 1) Palace of Mieszko I, first prince of the Piast Dynasty. 2) Site of old stables and carriage house. 3) Site of Roman church (Rotunda) 4) Piast Tower 5) Foundation of gate tower. 6) Fragment of medieval era road to the upper castle. 7) Site of castle brewery, built in 1846 (This is downhill and outside the walls). 8) False ruins. 9) Castle wall. 10) Remains of castle towers.

I suggest you open the map image in another window for future reference. I will be covering most of these areas on my tour. Sadly, I did not stop by the stables as I did not realize they were there until later. I will hopefully go visit again before I return home.

So, next on the tour is the Rotunda. 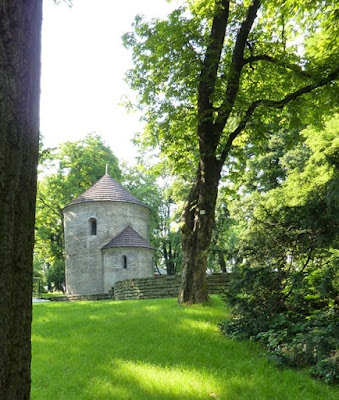 You can see the remains of the gate tower (taller wall) and the wall dividing the lower and upper castle. More on these in a moment.

I would be remiss not to cover the history of the Rotunda. Built in the mid-11th century, St. Nicholas’ Rotunda is one of the oldest Christian sanctuaries in Poland. It stands 11.3 meters, not including the domed roof. It was destroyed during Castle Hill’s turbulent history, but the base was later excavated and in the 14th century it was first rebuilt. In the 19th century it was more thoroughly rebuilt. It wasn’t until 1955 that the remedial work was finished and the street beside it (6) unearthed.

The next picture shows the street (6) and the gate tower (5) with my back to the Rotunda. If you imagine the modern bridge gone, you can see how the road would have likely gone down the hill and beside the south wall of the lower castle. The wall is just visible behind the handrail of the bridge. 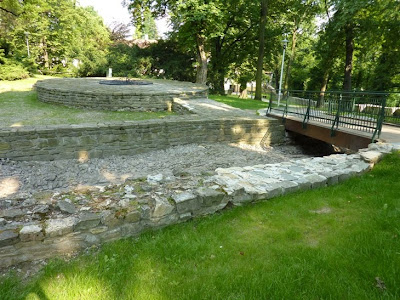 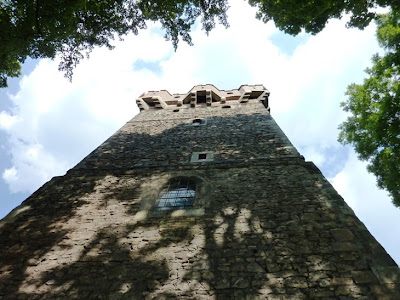 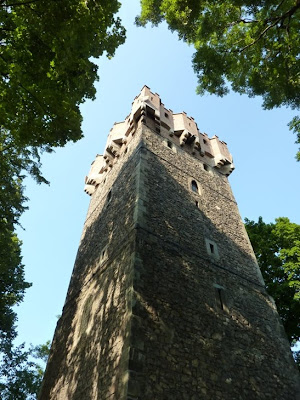 The next photo is looking down from the tower, at the tiny person below. I wouldn’t like to take an arrow to the shoulder and collapse forward from the wall, like you see in all those Hollywood films ;) 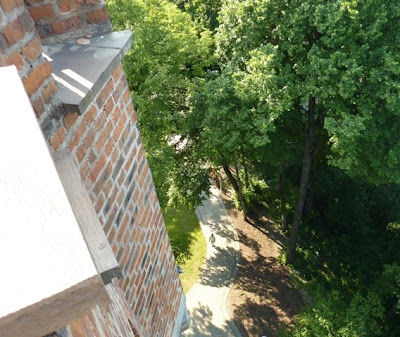 
This shot is taken from the tower, showing the Olza, the mountains, Český Těšín (Cieszyn) and part of Cieszyn as well. When the castle was first built, it was situated near the border of three nations and various cultures came into contact here. 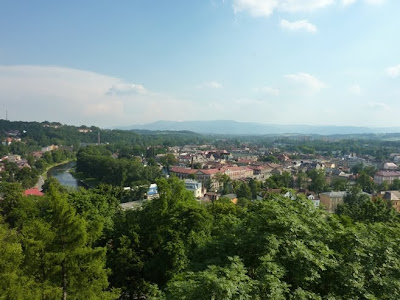 ***
The next photo--also taken from the Piast Tower--shows the remains of a tower (10), partially rebuilt with a wood roof, and those darn false ruins (8). (Please forgive me for shooting into the sun). Unfortunately, it was not clear which tower was the tower of Ultimate Defense, the flanking tower, or what other names were assigned to individual outer towers. If I learn more about them I will create a new post. 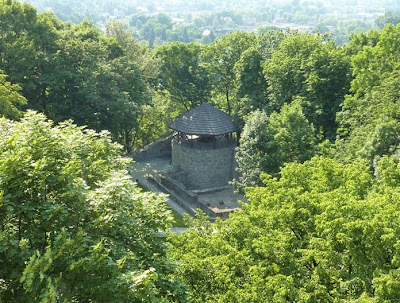 It wouldn’t be hard to signal from tower to tower.

Thus ends my tour of Castle Hill. I hope you have a strong sense of the area and enjoyed the walkthrough. I plan to return to explore the rebuilt stables and palace if time allows.

Coincidentally, on the first full day of my trip, I learned about how they are building an authentic castle (authentically!) in France. See the article here. The video is particularly interesting.


Not castle related, but interesting none the less:

I love how they stack their hay in Europe, up on wooden supports. 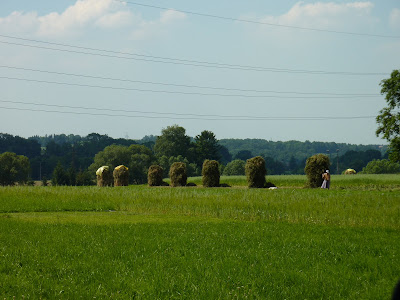 This way, if it rains, water runs off the outside and it’s less likely to be ruined.

They can always take it down and spread it out again, too: 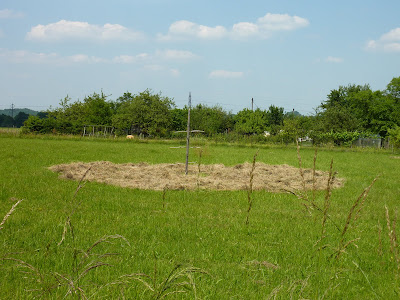 Makes sense to me.

Today I stopped by this place: 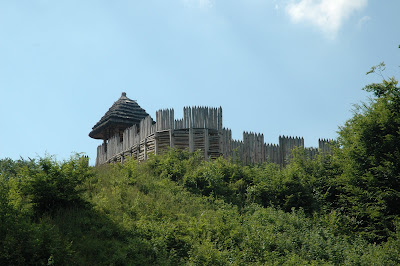 But it was closed. Thus I know nothing about it, aside from it was rebuilt from archeological findings, and it’s in Czech. I will go back with my family on the weekend and report in then. It looks absolutely fantastic.

Instead, we went to Cieszyn to see Castle Hill. It is on the Polish side of the city. 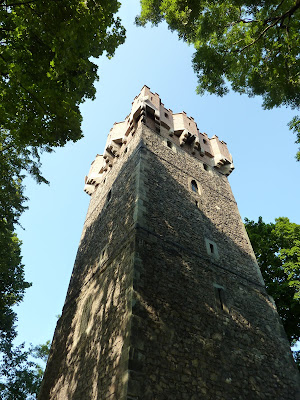 I will be blogging about it tomorrow, if I have enough time in the evening to write it all up.
Posted by C A at 12:39 PM 1 comment:

Just a short post to introduce the blog. I will be traveling through Poland, Czech, and possibly Slovakia and visiting ruins and castles on the way. I have two cameras and I'm keen to share some photos and history with folks.
Posted by C A at 1:52 AM No comments: